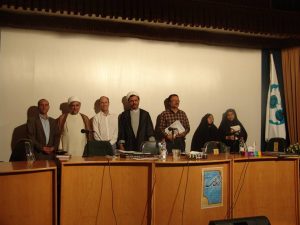 John Tolan, professor of history at the University of Nantes and co-director of IPRA, went to Isfahan (Iran) as part of the cooperative exchange between the universities of Nantes and Isfahan.  He participated in a day-long workshop on Monday, September 5th on the history of European perceptions of the prophet Muhammad.  His talk, “The Enlightenment prophet: reformer and revolutionary”, examined the portrayal of Muhammad by eighteenth century authors, notably Voltaire and Gibbon.